Back again after a brief and undesired break. Here with an update and hopefully a poem post today. Afterwards I’ll be taking the day off from my phone and giving my neck a rest.

So, summer is in full boiling mode at this point, always appreciated. Getting up to the 109F range where I live. I personally, hate the heat. And I think when people say they love summer, they mean like upper 80s kinda thing, not “hey I can bake cookies on my dashboard” kinda hot. So doing an chores around the house is just not wise, I start sweating and then I need to sit in front of the fan for 2 hours just to recover.

I know they say sweating is good for the skin and pores, but damn it, I feel like I’m losing life cells at this point. My life and will to live is just being drained with each drop of sweat that runs down my back to forehead.

In parent related news (oh joy), I’m not speaking to my mother still and I’m barely speaking to my father. He’s just become her messenger and frankly I don’t need any of her crap coming through him. Thinking on this now, doing a dedicated post to my mother might be therapeutic. I’ve never really written anything about her exclusively before. So perhaps next post I will.

In relationship news, after being dropped by Ryan for seemingly no reason, I’ve been down and just confused. Why do I keep trying? Then I meet another guy, very beautiful, plays guitar and sings. And OF COURSE, after meeting me and liking me, he gets back with his ex and no longer wants anything to do with me. The consistency of my face when I found this out is like trying to grin through being punched in the gut by a bunch of bratty kids, knowing you can’t do anything to stop it. Your eye twitches, you have this forced smile of rage mixed with utter “fuck life”, and you just wanna burn down a building. Just stand there, and watch it burn. 🔥

I have a friend who’s madly, head over heels in love with me, but here’s the thing, he’s so shy, I’ve only heard his voice once, and seen one picture. And I’m not saying this because I think he’s cat fishing or something, I’m saying it because, it’s a massive barrier I can’t get through. He has to take the plunge, that’s the only way he’s gonna get over his fears. He thinks he’s awkward and boring and worried about saying something dumb, but I guarantee that talking to me is rarely ever boring. But, it’s up to him, I can’t develop feelings for someone I’ve never had at least a voice conversation with and he knows this. So he’s friend zoned until he mans up.

Not gonna lie, I miss Ryan a lot.. I think about him every day. I miss how we used to hang out, talk for hours and laugh together. Perfectly vibing off each other. We had our own inside jokes, I loved hearing his voice, he was happy around me. Then it’s like a switch flipped and he pushed me away. Told me he doesn’t love me anymore, won’t really even entertain the thought of speaking on Discord, he’s just gone.. Yet he’s tried to commit suicide twice since breaking things with me. He didn’t do that when we were close.. He’s not better off without me.. yet he just pushes. How can you go from wanting to marry and be with a girl forever, to being cold and saying you’re done in a matter of a couple days? That doesn’t register with me.. How you just, throw away those feelings like they never mattered.. Obviously I don’t know what’s going on in his head, many other factors are involved here, but the fact is, he’s better with me, but he chooses to be worse without me..💔

I’ve stopped talking to a lot of people that I used to jump to message back. I’m just too tired. To over it. To sick of wasting my time on people who use me or want me there when they’re bored. I woke up today and had legitimately no desire to speak to anyone, or even be on my phone really. The only thing I wanted to do was this. I’m sick of myself, I’m sick of others, I’m sick of being sick, some days you just get tired of the constant fight against your depression and illnesses. You don’t wanna care, yet you don’t know how to turn that off. Sure I can say “well I’m done caring”, but putting that into practice is just so damn hard. I think the only way to jumpstart it, it’s to give myself a break.

Sorry my posts always tend to be a downer of some sort, I just say what I’m feeling and go with it. I’m gonna write down some post ideas right now and hopefully do them soon.

So I’ll leave it with- I can make depression look swag..🍁🍂 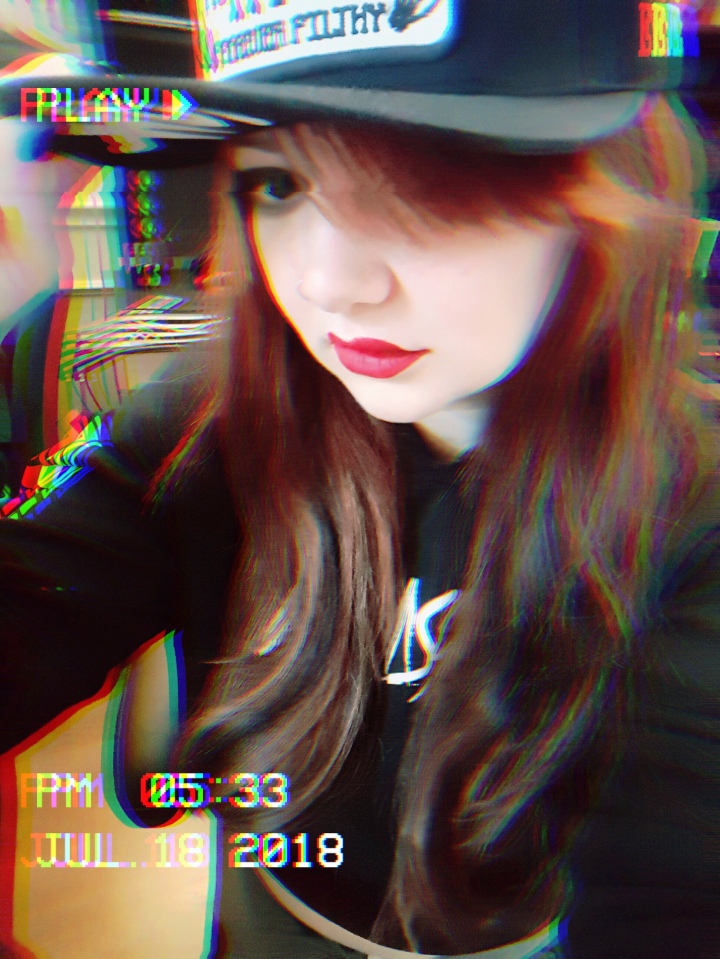 Your life belongs to you, and no one else – Ruby